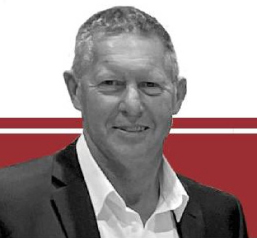 It’s full steam ahead at the TACC offices, but Bruce took time out to introduce himself...

Congratulations on your new role. Have you always worked in the industry?
I have a long history working in automotive. I served 9,000 hours for my automotive engineering apprenticeship and attained a New Zealand trade certificate. From there, I worked as a mechanic in New Zealand and the UK during the early 1980s. I moved to Australia in 1987 as a founding partner in a business that nationally distributed Groeneveld Transport Efficiency products, I was the Groeneveld Business Development Manager for Australia and New Zealand for several years, before moving into the petroleum industry in 2009 and in more recent times the construction and forestry OEM supply sector.

What are your areas of expertise?
My key areas of expertise are business development and general management. I have been able to gain experience in multiple sectors over the years. It has been a real eye-opener and has enabled me to grow my skill set. Now I’m excited to join TACC and see what I can bring to the table for the team and members.

What have been some career highlights or achievements so far?
Career-wise, being an integral part of establishing a new business and developing a previously untapped market for a new product concept in the Australian market is a highlight. Nowadays I’m encouraged by experience to use my commercial learnings and put my own stamp on my future with TACC. Personally, I would have to say fathering twin daughters and surviving an Outward Bound course have provided me with some solid life skills which I regularly refer to for motivation and strength of character.

Where are you currently based?
I’m located in Sandy Bay, Hobart, and have been there nine years. It’s a fantastic base, I’m close to the sea and very accessible to Tasmania’s great outdoors. It’s a bonus as well to have TACC House located in New Town, not far away.

You’ve hit the ground running at TACC. What are your initial plans?
Firstly, having this time to be with Malcolm is invaluable. From a transitional point of view, we are currently doing a lot of knowledge sharing. It’s also humbling to see and feel that his 20 plus tenure has been both personally rewarding and commercially successful for the TACC and its membership. I am looking forward to working with the wider TACC team in Tasmania, as well as building some great relationships at the Victorian Automotive Chamber of Commerce office. My main focuses now are bolstering the growth and development of the Group Training Scheme, as well as building future strategy around a strong and loyal membership.