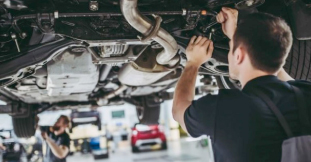 Last month, we explored one of the biggest shake-ups in the industrial relations sphere since the introduction of the Fair Work Act in 2009, when the Federal Government introduced to Parliament an omnibus Bill making wide-sweeping changes to a number of key areas of concern for both employers and employees.

The MTA, alongside our interstate organisations, made submissions to the Senate Committee reviewing the legislation and are closely monitoring the public hearings.

Already, as a consequence, the Government has withdrawn sections of the draft legislation, in particular the controversial temporary changes to the Better Off Overall Test and approval of Enterprise Agreements.

The MTA continues to remain concerned, especially for our small business members, about proposed changes to compliance and enforcement, and in particular significant increased penalties for breaches, especially underpayments.

The MTA will continue to monitor progress of the Bill and provide regular updates to members, and advocate on
behalf of members.

Members should recall that these changes are still before the Parliament, and may be subject to substantial change before being enacted into law.

If you have any questions or concerns, please contact the MTA’s WR team by emailing wr@mtasant.com.au.